For a simple home baker like me, receiving a recipe a family member penciled on lined paper many years ago is like the gift of a time machine that transports my tastebuds and my heart to the past to savor a delicious dish alongside my ancestor.

I’ve heard of it for many years, but I never felt compelled to try making it until my mom gave me a wooden recipe box that belonged to my grandma Lois and contained a few recipes she saved, including this one. 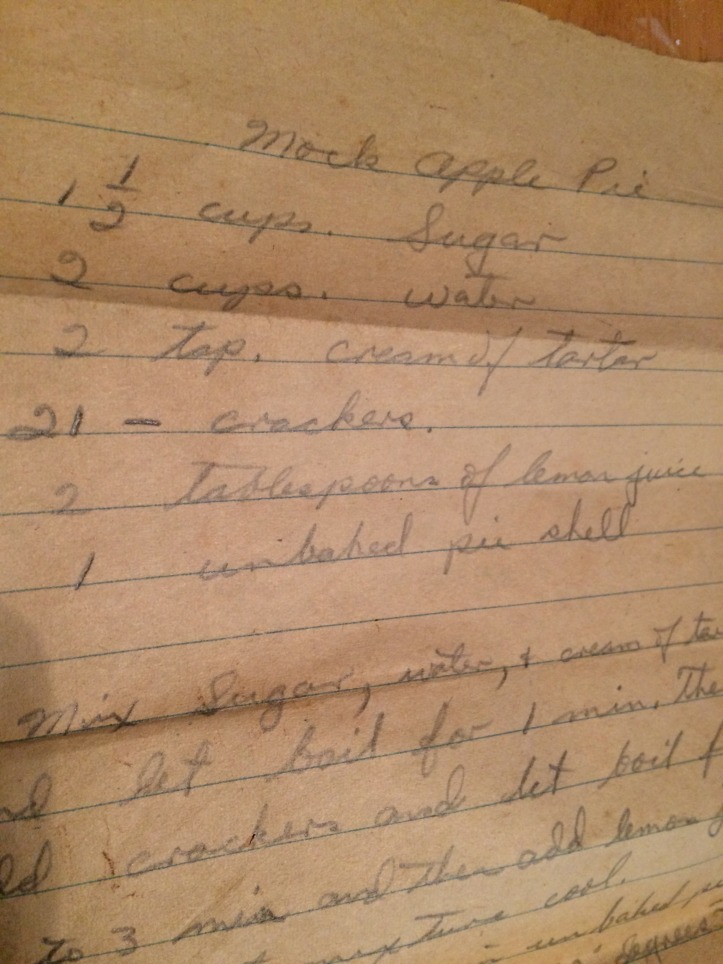 The main ingredient for Mock Apple Pie, besides sugar? It’s butter crackers. Yep, it turns out that when you break down butter crackers and add plenty of sugar and cinnamon, you simulate the flavor profile of the all-time-great American treat we know as apple pie.

Nabisco introduced its now-famous Ritz cracker in the 1930s and during the Great Depression billed it as “a bite of the good life.” At the time it was a simple pleasure for folks who experienced a life of great struggle and sacrifice.

In the decades that followed, many recipes appeared on the backs of Ritz cracker boxes, including the Mock Apple Pie. I’ve noted that the adapted recipes we now find online vary slightly in quantity of ingredients—particularly how much sugar and how many crackers—but they all pretty much include the same items.

I actually used Aldi-brand crackers in my recipe and substituted lemon juice for the cream of tartar, a switch I also make in my meringue recipe because I don’t keep cream of tartar on hand. None of those changes seem to make any impact on my result.

At one point in making this recipe for the first time, I observed the crackers starting to bubble in a pot of sugary water, beginning to resemble the color and consistency of apple pie filling. It’s actually kind of remarkable. 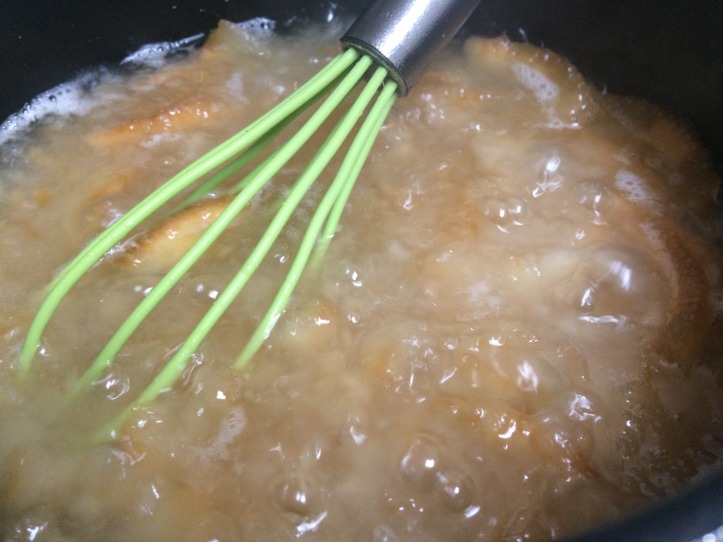 In its early days, Mock Apple Pie was a recipe that gained popularity as a handy substitute for people who couldn’t obtain apples because of their availability or cost. Now, I believe it’s a great alternative for people who like sweet pie but aren’t all that fond of fruit. After making traditional apple pie and trying this substitute, I’ve decided the mock pie is also much easier to create because you don’t have to peel all those apples!

My grandmother’s handwritten version of the recipe doesn’t mention a top crust of any kind, so that’s not among the ingredients or directions below. However, as I like making smaller single-serving pies, I had an idea to make an extra batch of pie crust dough, roll it out and use an apple-shaped cookie cutter to place apples atop the filling. I thought the pseudo top crust turned out quite nicely. It made for a nice presentation, but the apples also became almost a crumble topping in the filling.

I still can’t get over how much this recipe creates an apple pie experience. Many bakers say it’s the cinnamon that gives us the sense that we’re eating apple pie. I’m not even sure that’s the case. I think there’s something about a buttery cracker that, when mixed with sugar and a few other simple ingredients, coincidentally compares to apple pie filling.

If anyone knows of an origin story for Nabisco discovering this phenomena, please share. About the only hobby I enjoy more than food history is baking and eating a homemade pie with my family. 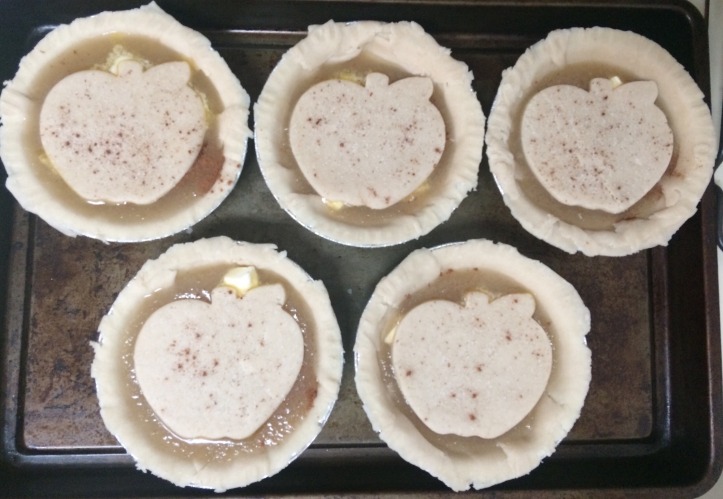 2. Combine sugar, water and cream of tartar in a stove pot on medium heat.

3. Bring to a boil and let mixture boil for about a minute.

4. Add crackers to mixture in pot. You can use a whisk or spoon to help dissolve the crackers, but they mostly do that on their own.

7. Set pot off burner and allow to cool slightly, about 5 to 10 minutes.

9. Dot the top with pinches of cinnamon (the amount is up to your taste) and pats of butter.

10. Bake until crust begins to brown. Our minis took about 25 minutes.

🍦🤤 Chocolate Pot Hole Ice Cream 🔥🍫
@grillmarksofficial in downtown @visitgreenvillesc serves 🔥 burgers and fries! 👍👍
The recently opened @yummmdonut in @gogastonnc puts a certain beloved Southern chain to shame IOHO. 😯 Yeah, we said it. The donuts are more robust, flavorful and memorable than said competitor. 🍩 🥊 #FightinWords #FoodFight Everybody who eats donuts has a strong opinion about the best donuts. We have a few favorite mom-and-pop shops in the region west of Charlotte that are our favorites. In time, Yummm could join our list of go-to donut shops. In our opinion, Gastonia sure needed a unique local donut shop. Now for a local bookstore! 🤔📚
@superchix_fortmill has the sauce, y’all! 🤤😋 Incredible chicken, a sauce bar and seasoned fries! They have custard, too. 😯 If you or someone you eat with loves chicken tenders or sandwiches, this is THE place for you. We were VERY impressed. 👍👍
@thehootnannie in Forest City, NC is a party for the senses! Jammin’ music, elite burgers and Q, and tasty cheese curds as advertised! 🥳 @visitforestcitync and check it out, y’all! 🤤
🍳🥓🍅 Have we mentioned we’re breakfast-for-dinner fiends? 😏 Tonight: homemade biscuits, bacon and eggs, with our last homegrown tomato of the season ❤️
Loading Comments...
%d bloggers like this: