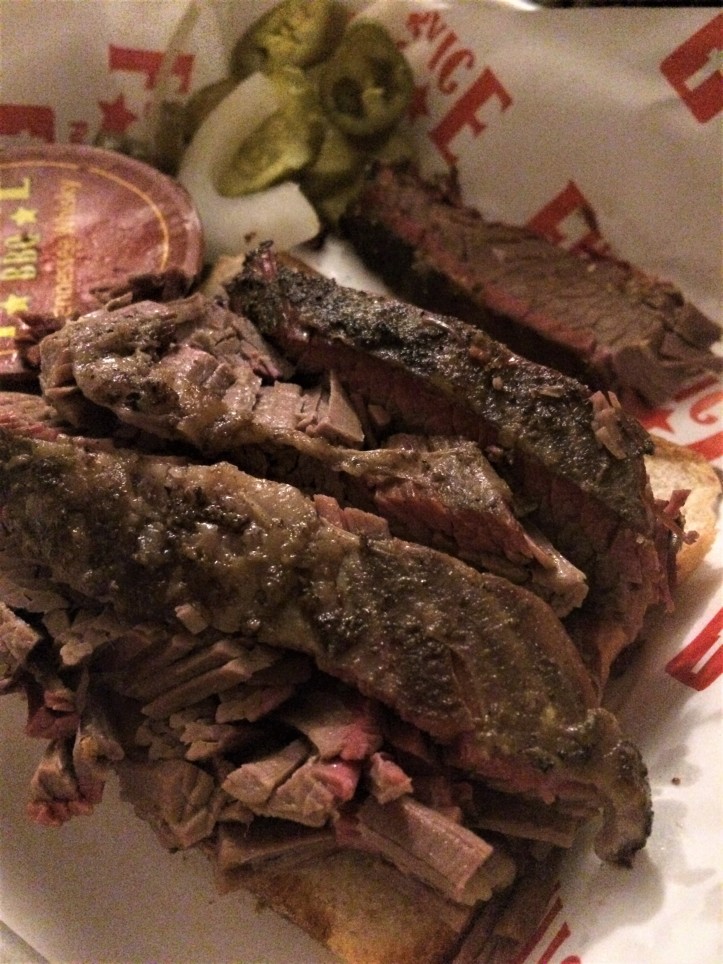 When we explore the South on a road trip, we don’t make a habit of eating meals at gas stations. On a visit to Knoxville, Tenn., we discovered an exception to that normal rule. That exception is called “Full Service BBQ.”

After we rolled past one of the three Knoxville-area Full Service locations and noticed it was a barbecue restaurant in a renovated old gas station and convenience store, my wife Molly showed why she’s the greatest spouse in the South (anywhere, really). She suggested it would make a great dinner option since we hadn’t at that point made concrete plans for where to eat that night. Molly likes barbecue but not nearly as much as I do. Other than setting my taste buds loose on the best local cheeseburgers, BBQ is my favorite Southern specialty to sample when we travel.

We checked into our place to stay for the night. Then I returned to the Full Service spot we had passed earlier, walked right up to that gas station structure and ordered our dinner as takeout. We had already dined out and filled up at lunch on the road that day, so we decided to share a brisket sandwich combo with a side of macaroni and cheese and “Purple Drank” as our beverage.

For starters, “Drank” is a Southern slang code word for Kool-Aid, in this case purple Kool-Aid. Molly and I were familiar with the term because her Dad grew up drinking “Drank” a friend’s mother made them. Full Service BBQ’s Drank was nice and sweet and flavorful, but appropriately sugared without being too much. (If “too much” is actually possible.)

The mac and cheese, known as “not your mama’s,” was thick and creamy, with just a little kick, a nice side to the brisket sandwich, which came atop two slices of soft, white Texas toast, along with a smoky-spicy Tennessee Whiskey barbecue sauce and a side of onions, jalapeno peppers and pickles.

The meat itself was plentiful, fall-apart-in-your-hands tender and smoked very nicely. It was everything I want Texas-style barbecue to be, and Texas is the style I’d say Full Service BBQ most resembles from my experiences eating barbecue from there to Kansas City, from Memphis to Alabama, and across the Carolinas, both “Lexington” and Eastern styles.

This particular Full Service BBQ operates its walk-up register and food prep operation inside the old convenience store. Smokers sit on several parts of the property, but the woodpile and meat-prep center is located in the former car wash facility out back. The old fuel canopy serves as shelter for the picnic table seating available for dine-in customers and those awaiting to-go orders.

Staff members told me that every meal is packaged as takeout, so you can open it up and eat it right there or take it with you. If you’re waiting or entertaining friends while eating, there are a few games scattered about the tables for your enjoyment. I didn’t have much time to think about them, because our food was ready in about five minutes. 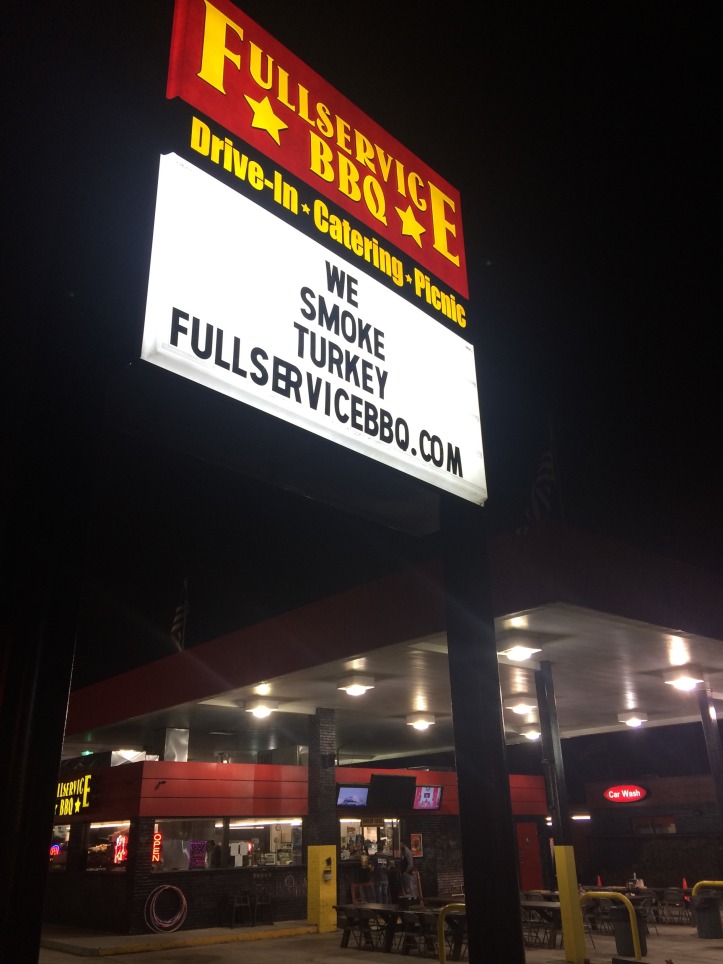 Full Service BBQ was everything I love about a great local barbecue joint, with the exception of it being a longtime establishment. I love a great decades-old place where the locals eat, but Full Service can’t help it’s still more of a new kid on the block. I hope it’ll be successful and around for many years.

The food was flavorful and quickly prepared. The service was friendly and efficient. The atmosphere was creative and welcoming. We noted the array of barbecue restaurants throughout Knoxville during our travels around the city, but we’d have a hard time not returning to Full Service BBQ when we’re back in town.

🤤😵 Hangover Burger 🍔 🍟
We LOVE @238cherokee’s Buffalo Chicken Dip with Pita! 🤤
🍦🤤 Chocolate Pot Hole Ice Cream 🔥🍫
@grillmarksofficial in downtown @visitgreenvillesc serves 🔥 burgers and fries! 👍👍
The recently opened @yummmdonut in @gogastonnc puts a certain beloved Southern chain to shame IOHO. 😯 Yeah, we said it. The donuts are more robust, flavorful and memorable than said competitor. 🍩 🥊 #FightinWords #FoodFight Everybody who eats donuts has a strong opinion about the best donuts. We have a few favorite mom-and-pop shops in the region west of Charlotte that are our favorites. In time, Yummm could join our list of go-to donut shops. In our opinion, Gastonia sure needed a unique local donut shop. Now for a local bookstore! 🤔📚
@superchix_fortmill has the sauce, y’all! 🤤😋 Incredible chicken, a sauce bar and seasoned fries! They have custard, too. 😯 If you or someone you eat with loves chicken tenders or sandwiches, this is THE place for you. We were VERY impressed. 👍👍